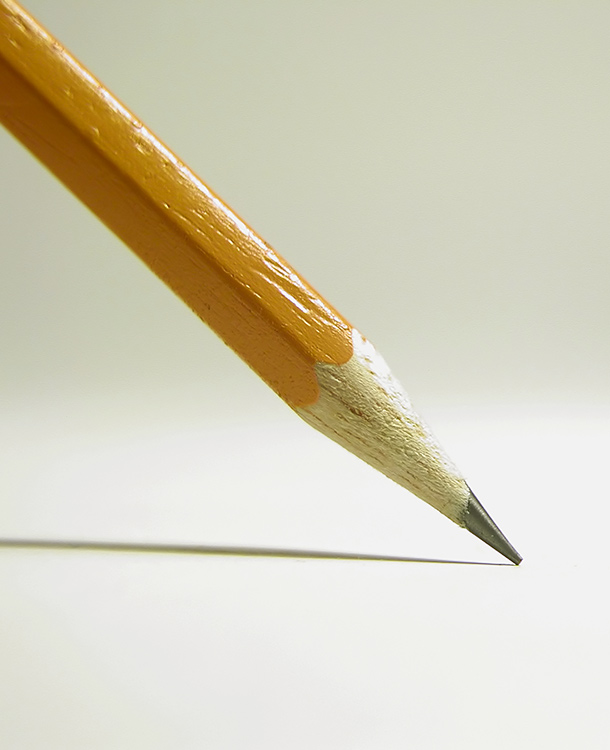 Sometimes it's the little things that make all the difference in the world. This is especially true when you're communicating with an A&R person, radio programmer or anyone else inundated with pitches from hopeful musicians looking for some attention.

Now, obviously nothing in your pitch is going to cover up a truly crappy song or an attempt to bring back those drop-crotch curtains/pants MC Hammer was so fond of, but, all things being equal, the presentation of your pitch could help you make it to the top of the pile.

Think of it like showing up to a job interview dressed in an Armani suit versus a turtleneck and ducky slippers. The former speaks well of an applicant: refined, respectful and prepared. The latter says, "Eh, fuck it." The same is true of the pitch you send, whatever form it takes. Whether it's a letter, an email, a press kit or a tweet, it's not just what you say, but how you say it.

Look, you don't need to be James Joyce. You don't even need to be Dr Joyce Brothers. But for gods sake, figure out how to use punctuation correctly. It ain't brain surgery, but it really does help the reader figure out what the hell you mean without the use of a secret decoder ring. After all, they have a really hard job to do. As Kurt Vonnegut once said:

"Readers have to identify thousands of little marks on paper, and make sense of them immediately. They have to read, an art so difficult that most people don't really master it even after having studied it all through grade school and high school — twelve long years."

Of course, I'm not saying you need to apply to Oxford so you can wear a tie and read the classics for 4 years. I have a much better solution. Or, rather, The Oatmeal does.

Also not the hardest thing in the world to do. The only digital device left on the planet that doesn't include an auto spell check is the Atari 2600 on display at the Smithsonian. Proofread your shit or get someone smart to do it for you. Show your reader, the person from whom you're asking an awfully big leap of faith, that you care enough to remember there's no "e" on the end of potato.

Get in, get out, no one gets hurt.

This doesn't technically fall under the heading of proofreading, but it's no less important. Art is about editing. And an artfully crafted pitch—one with any hope of success—needs a less-is-more-approach.

Again, take pity on the reader. She's busy, she's got things to do, and you're only one of a thousand people who want her to recommend you to the president of the record label she works for. So pay it forward with a pitch that takes into consideration her limited time, attention and enthusiasm. Say what you need to say in as few words as it takes to make your point. Then say thanks, sign off, and follow up later.

You won't be sorry. Neither will your reader.