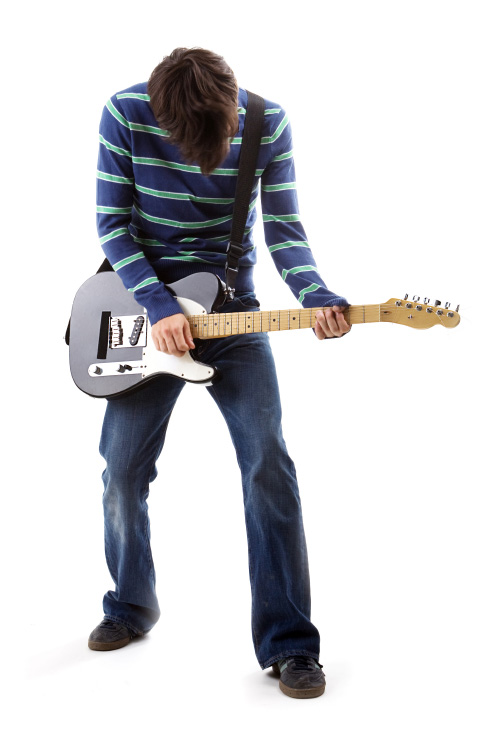 There are times when the best thing for your band is a solid, long term commitment from a player who wants to pitch in, sleep in the van and get paid nothing. And then there are the times where it's better to have a pro on board, even if it means shelling out a couple hundred bucks for a show and a few rehearsals when the rest of the band only got a couple of free beers and barely enough cash for cab fare.

Knowing the difference is part of being a good band leader. And, the only way to do that is by taking an objective, decidedly unemotional look at the situation, summing up all the factors, and taking your very best and most intelligent guess.

The pros and cons of a band member.

All things being equal, you'll probably want one of these when you're first starting out. Why? Because they're cheap and flexible. Band members often operate under an implicit agreement to share the load—both literally and figuratively—and put in equal time for equal pay. And when that pay amounts to little or nothing, they keep on going anyway for the love of the gig.

Great bands have great band members. And, while great band members can be bought, they're not cheap. So when you're first starting out and the budget is tight, your best bet is to find someone who believes in the dream and will stick with it no matter what.

The downside is the lack of leverage inherent in that relationship. As a boss, it's your prerogative to make decisions and expect everyone on the payroll to follow them. In a democracy, you run the risk of being overruled. A visionary and charismatic leader can overcome such obstacles, even in the absence of money,  but even he or she might have to go through growing pains and make a few human resource-related mistakes before getting the hang of it.

Quality is another issue. As the saying goes, "you get what you pay for." Pay nothing and you might end up with a bass player who can't count to four or a guitarist who simply refuses to turn down no matter how quiet the rest of the band is playing. Again, these issues can be dealt with, but the ambiguity of the relationship could get in the way, and force some untimely personnel changes.

The pros and cons of a hired gun.

There are many situations where you might want to hire a pro. Maybe you've got a record label showcase coming up and you need to fill out your backup band with undeniably solid musicians. Maybe you're a bit of a control freak and want to make sure your orders will be followed, no matter what. Or maybe the opportunity of a lifetime is just around the corner and there's just not time to bring in a weekend-warrior and get him up to speed.

Whatever the reason, one thing's for sure: hire the right player and he/she will show up on time, learn the parts backwards and forwards, and put in a great show. Because that's what you're paying for. When there's no room for error and the last thing you want to do is leave anything at all to chance, a hired gun might just be the way to go.

The downside: hired guns come and go. If you're looking for a long term relationship, you'll have to pay for it, and that can get very, very expensive. And if the money runs out, your drummer will, too. While working with a freelance musician gives you a non-sticky relationship, your access to that player is subject to price and availability. Often that's ok, but if you're trying to be the nimble, go-anywhere-do-anything band, it's harder when you have to deal with a mercenary's schedule.